Damian lives between Alton and Petersfield with his wife Jacqui and three young children. He is committed to working hard to support the many excellent East Hampshire businesses, charities and organisations.  His priorities include protecting village facilities – the remaining shops, post offices and village schools; and bolstering market towns like Alton and Petersfield, as well as supporting the major development at Whitehill & Bordon. He supports the Dementia Friends campaign run by the Alzheimer's Society and is closely involved with local groups that are working to make their communities more dementia friendly.

Damian’s parliamentary career has included sitting on the Education Select Committee, chairing the All Party Parliamentary Group for Social Mobility and time in the Whips Office.  His other areas of interest include business, the economy and issues around tackling poverty.

In 2015 he was appointed Exchequer Secretary to the Treasury, a role which he held until being appointed Minister for Employment at the Department for Work and Pensions in June 2016.  He had responsibility for employment strategy, Jobcentre Plus, Universal Jobmatch and employer engagement. Specific policies included the Youth Contract, Fuller Working Lives, and the New Enterprise Allowance. In January 2018 Damian was appointed Secretary of State for Education, a job which he held until July 2019

Damian’s degree is in politics, philosophy and economics and his secondary schooling was at St Ambrose Grammar School, Altrincham. Before Parliament, Damian spent 18 years working in the pubs/brewing and hotel industries, in Britain and abroad.

Damian is a former chairman of the Bow Group. He first stood for Parliament in 2005 (Stretford & Urmston). He has written a number of policy papers and articles, in areas of interest including education, social mobility, tackling poverty, and promoting business and enterprise; he also has a special interest in affordable credit and sub-prime debt issues. In 2008 and 2009 he joined the Conservative Party’s short volunteering projects in Rwanda.

Damian will fight to protect village facilities: the remaining shops, post offices and village schools.  Damian understands the need to support market towns like Alton and Petersfield, and will strive to help ensure the opportunity is seized for the best future for Bordon, and the best deal for all local people.

Damian enjoys rock and pop music from 1956 to the present day. He enjoys reading, and spending time with family and friends. 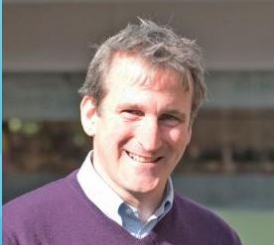